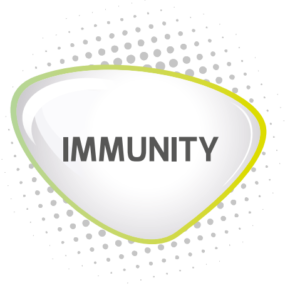 The unique probiotic yeast Saccharomyces boulardii, highly recommended for its gut health benefits, also shows a strong impact on the immune system. Supported by several in vitro and in vivo studies(2, 3, 5) showing its mechanisms of action, the yeast and its relationship to the immune response has been studied with human clinical trials as well(1,4).

Results after 7 days compared to baseline:

[Ozkan, 2007] – Immune response enhancement in children with acute gastroenteritis (for other marketing use than food/dietary supplement) 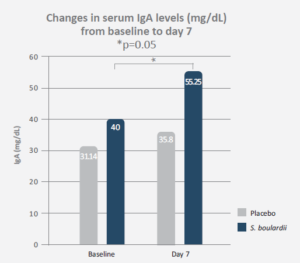 Results after 7 days compared to baseline with S. boulardii:

Inactivated whole cell yeast S. cerevisiae with elevated levels of vitamin D produced thanks to an innovative process: subjection to UV-light same process as in human skin. Lalmin® Vita D is a natural and vegan source of vitamin D.

Zinc enriched yeast providing elevated levels of organically bound zinc thanks to the addition of the mineral into the yeast environment.

Yeast extract from S. cerevisiae naturally rich in manno-oligosaccharides (35-45% of MOS) and containing mannoproteins part of the yeast cell wall released via an enzymatic hydrolysis.